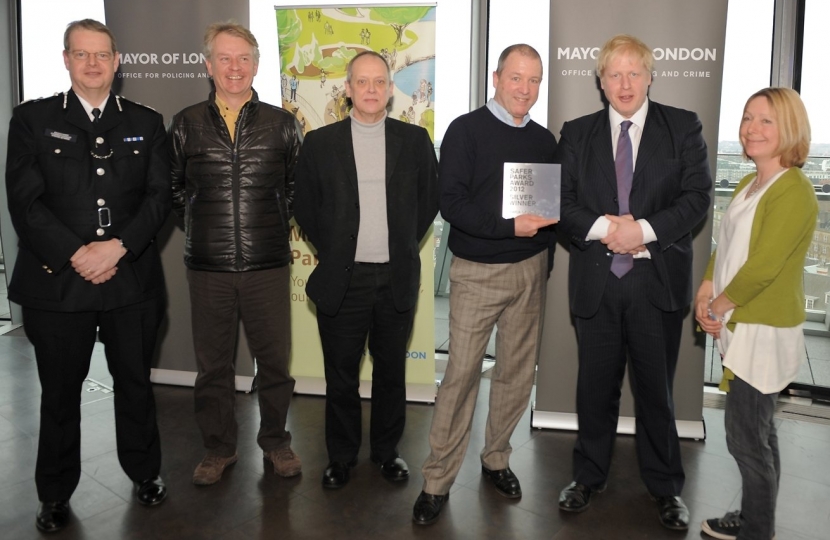 The Friends of Russia Docks Woodland have won Silver prize again in this year’s Mayor’s Safer Parks Awards.  Many members of BOSCA have been involved in the Friends of Russia Docks Woodland and have taken part in conservation projects.  The Mayor’s Awards recognise parks that are well used by everyone in the community and bring lasting benefits; including a reduced fear and incidence of anti-social behaviour and crime.  The Friends of Russia Dock Woodland have worked closely with local schools, Southwark Council's Parks Dept and also the adjoining Stave Hill Ecological Park, to slowly but surely turn things around by enhancing what we already have, and also creating a wildlife habitat in Rotherhithe which is second to none, and is now renowned as the "Jewel in the Crown of Southwark".

Congratulations to Steve Cornish and his team on receiving this year’s Silver Award from Mayor Boris Johnson on behalf of the Friends of Russian Docks Woodland.