Real wages are up - and even more so after tax. 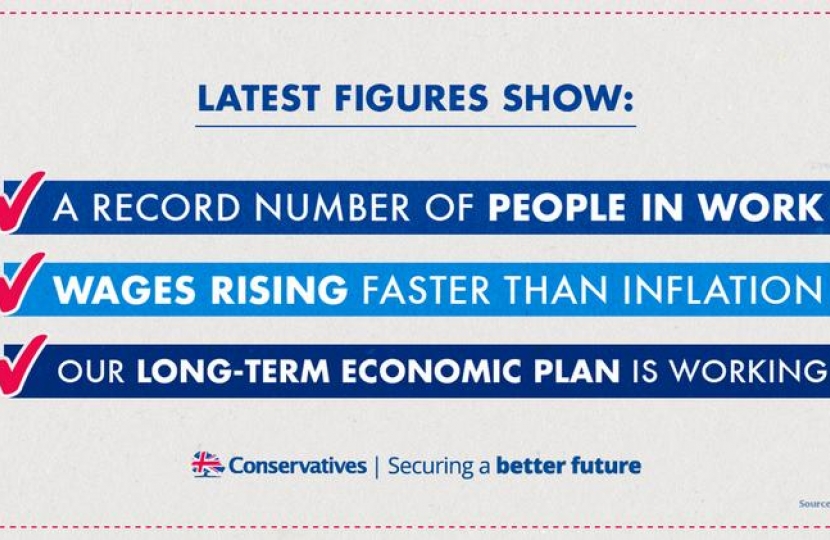 Many years of austerity measures to recover from Labour bankrupting the economy are finally paying off.  The economy is healthier, and all of us are profiting from it.  From the summer of last year onwards real wages have been growing faster than inflation.  Prices of oil and many other products are falling.  Add to this the tax cuts for 25 million people which the Conservative-led government introduced – and it transpires that we are very much better off under the Conservatives.

Yet the left continues to spread the “we are worse off” message.  When we look at last year’s wage increases, at first it looks as if they are right.  Average wages rose by 0.1 % in 2014, almost 1.7 % below inflation (the situation improved dramatically at the end of the year).  But if we look at the figures more closely it transpires that even in 2014 those who had been in work for longer than 12 months enjoyed a substantial above inflation pay increase.

Why the “average wage” benchmark is a blunt instrument is set out in some detail in an article by the inimitable Allister Heath.  Average salaries tell us nothing about changes in the labour market.  So if the economy suddenly creates, say, 1 million more low-paid jobs (which previously might have been exported to the far east), then the average wage will go down as it is an average of all the jobs in the land.  So it looks bad – it looks as if people are getting poorer.  But those who are in those low-paid jobs, who previously may have been lingering on no-hope benefits, will be pretty happy indeed.  The average salary can go down when in fact everybody is better off.

More intelligent studies look at comparable when looking at salary changes.  And so it transpires that in 2014 those who were in work for longer than 12 months…actually saw a cash increase of 4.1 % - after inflation that is still a hefty 2.3 % rise.

And all of this is before tax.  With the Conservatives cutting tax for 25 million Britons, we are even better off than what mere wage figures already prove.