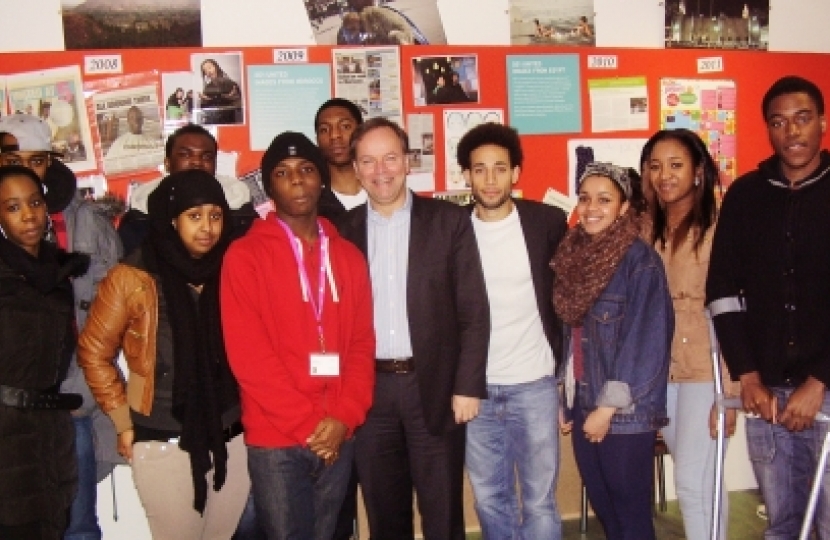 GLA Candidate for Lambeth & Southwark, Michael Mitchell, was the first contributor to the January Leadership Workshop organised by SE1 United  at the Royal Festival Hall on 26th January.  Some 20 people came together to share their experiences of being a young person in central London.  Top of their list was their relationship with the Police.  Other topics included apprenticeships, housing, transport, the threat to local authority funded Youth Services and changes in funding in Further and Higher education.  A particular concern was the perceived lack of consultation by politicians with young people on matters directly affecting them.  "It was a great opportunity to hear first hand the concerns of young people in the SE1 area.  I have promised to maintain the conversation and look forward to returning after the election is over to see how we can turn some of the ideas into action".  SE1 United was set up in 2003 and is a prominent focal point for social and educational rehabilitation and engagement, led by and for young people across the London boroughs of Lambeth and Southwark.  You can read more about the work of SE1 United on their website, http://www.se1united.org.uk/index.html.