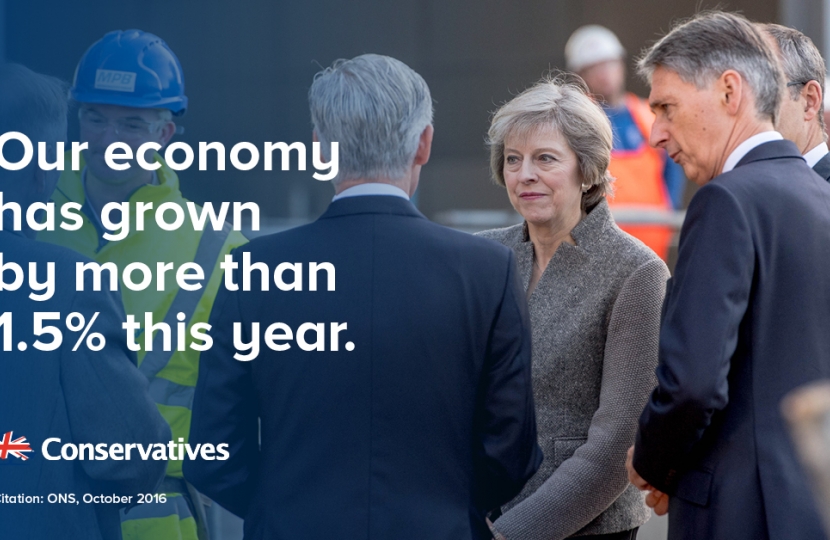 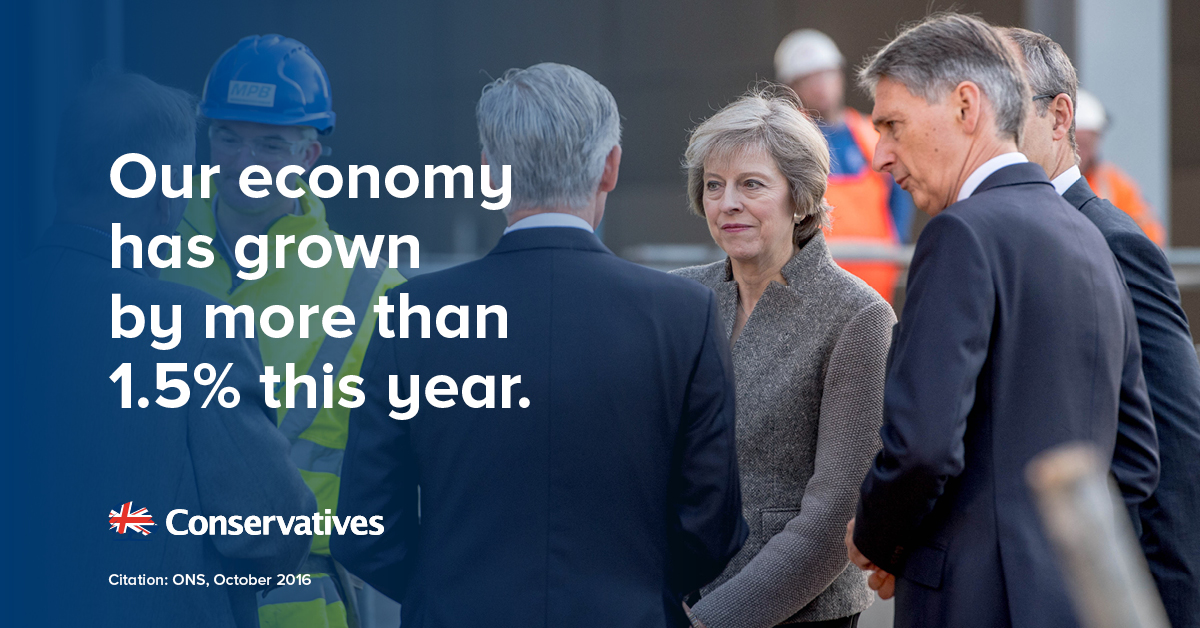 Figures released by the Office of National Statistics show that between July and September 2016, the British economy grew by 0.5%, meaning our economy has grown by over 1.5% in 2016.

As we move toward negotiations with the EU, we are determined to get the best deal for families and businesses. And as these figures show, we are well-placed to deal with any challenges and take advantage of the opportunities ahead.

Chancellor of the Exchequer Philip Hammond said: “The fundamentals of the UK economy are strong, and today’s data show that the economy is resilient. We are moving into a period of negotiations with the EU and we are determined to get the very best deal for households and businesses. The economy will need to adjust to a new relationship with the EU, but we are well-placed to deal with the challenges and take advantage of opportunities ahead.”

With a growing and resilient economy and strong links with the rest of the world we are well placed to build a truly global Britain and deliver an economy that works for everyone.