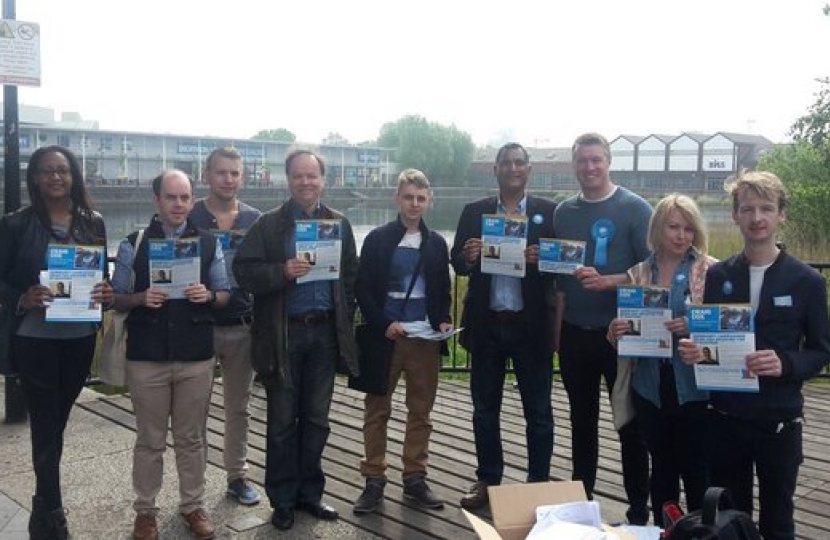 On Thursday 9 June, voters in Surrey Docks will elect a new councillor in a by-election. This is an extremly close election, where every vote really does count and your vote will make a huge difference to the result and decide whether Southwark Labour strengthen their grip on the council, or our strong opposition holding them to account is bolstered with a new councillor. By voting Conservative and backing Craig Cox's Local Action Plan on Thursday, you will elect a local champion for Surrey Docks and ensure a strong opposition holding Labour to account in Southwark.

Craig is a communtiy campaigner and has already been delivering for Surrey Docks, this week securing meetings with Broadband Minister Ed Vaizey to finally crack the broadband probelm on the peninsula and Planning Mininster Brandon Lewis to discuss Labour's disasterous proposals for South Dock.

On Thursday, lend your vote to Craig Cox and back his Local Action Plan: