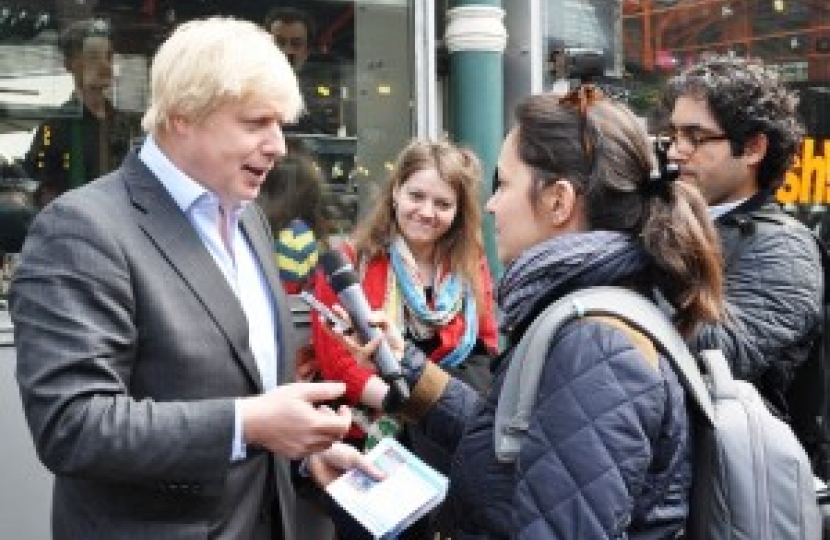 By cutting waste at City Hall, freeing up £3.5 billion for services, Boris Johnson is creating more than 200,000 new jobs and helping to create 1,000 apprenticeships a week over the next four years; putting 1,000 more police officers on the beat and 2,000 more police in Safer Neighbourhood Teams; investing £221 million to transform local high streets and support small businesses; reducing Tube delays 30 per cent by 2015; building Crossrail and orbital rail to link our suburbs; and extending the bike hire scheme. Boris is planning to cut City Hall’s share of council tax by at least 10% if re-elected, and he is securing a better deal for London from No 10, benefiting residents across all of London’s 32 boroughs.

Boris Johnson said: “This election is about trust and in tough times we must be honest with Londoners about where the money is coming from. That is why we have a fully costed, fully funded 9 point plan to continue taking out billions in unnecessary expense.

“Cutting my share of council tax by 10 per cent and putting the money where it is really needed. Getting 1,000 more police out there and now 2,000 more in the Safer Neighbourhood Teams so that we keep driving down crime. At the same time investing in crucial transport improvements, automating the Tube so that we can take out cost and hold fares down in an honest and sustainable way. Those transport, housing and regeneration investments will together create 200,000 jobs over the next four years.

“Above all I want to stop London from lurching back to the arrogance waste and broken promises of the past. I want to lead London out of recession, get real value from the Olympics and lengthen London’s lead as the greatest city on earth.”